Nancy Genn: The Shape of Water 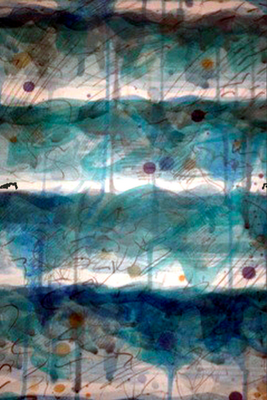 This exhibition is being held in conjunction with a reenactment of the 1966 Cowell College Fountain Dedication Ceremony. Complete with a performance by the original Cowell alumni returning to perform as they did at the original celebration. A contingent of Osher Lifelong Learning members; emeritii faculty; current faculty, students and staff; and with the current Cowell a capella choir also performing, should make this a fun event.

Nancy Genn’s style is deeply personal, finding inspiration and themes between geometric abstraction, landscape and architectural motifs with great attention to light and to the calligraphic images that have constantly influenced Genn’s works throughout her career. While growing up she was strongly influenced by her mother’s lobbying efforts on behalf of nature and trees, and many of Genn’s works take their semblance from nature as does the Cowell fountain she designed in 1966 and those pieces in the exhibit at the Smith Gallery.